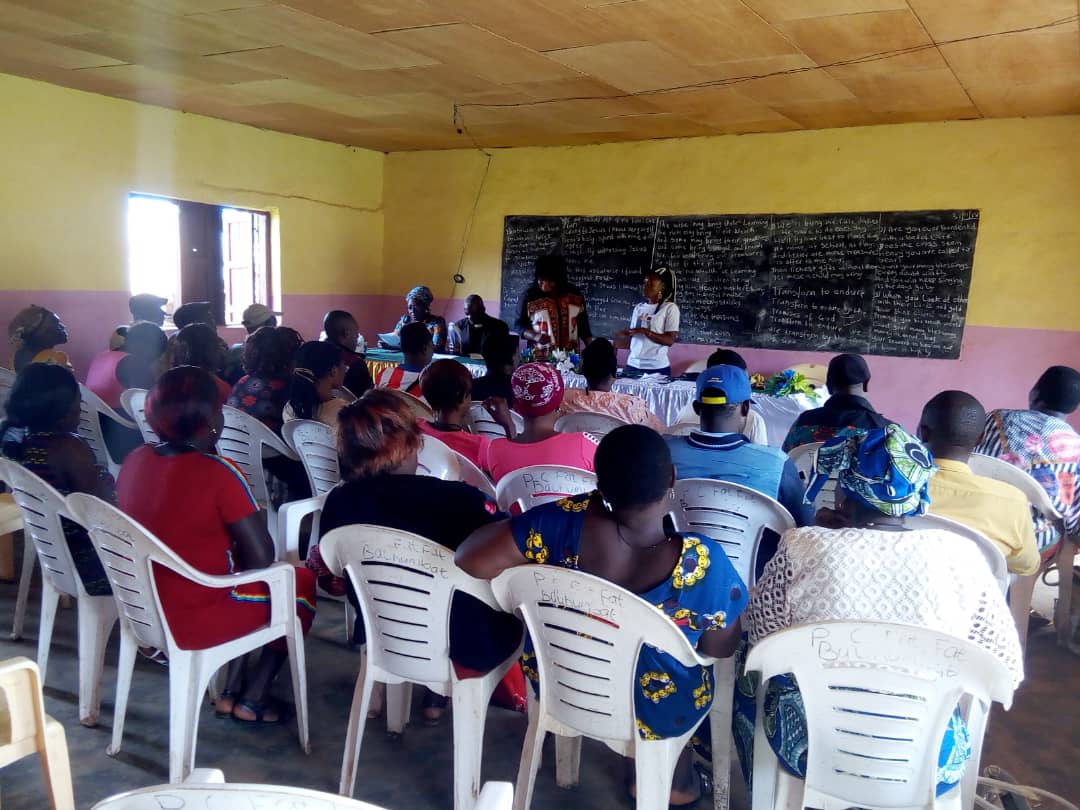 The widows that were surveyed in Baligansin and Baligashu were in favour of abolishing widowhood rituals. One salient observation of the survey highlighted that widowed men in all four villages spent only one-day participating in widowhood rituals. Traditional councils serve as the custodians of the widowhood institution, therefore, ten councils were also surveyed. Only three of the ten councils were in support of complete ritual abolition, though all ten participants agreed that the ritual duration should be shortened.

As a result of CAEPA’s findings, the institution organized a two-day workshop on December 2018. The workshop included counseling and representation techniques for twenty community facilitators (comprised of mainly widows) to raise awareness within their respective communities to discontinue traditional widowhood ritual practices.

To date, more than 81 “sensitization” sessions have been completed. These sessions were facilitated through community and church group meetings, totaling 3,989 people (1,844 men and 2,145 women) in attendance from the villages of Baligansin, Baligahsu, Balikumbat, and Baligham.

Additionally, the CAEPA organized four consultation meetings in the Bali Chamba villages to canvas citizens’ views on widowhood rituals. As a result, a code of rights for widows was drafted. Subsequently, a one-day “capitalization” seminar introduced the final inclusive and advocacy document and lobbied the rights of widows (200 women, widows and non-widows, and ten members of the traditional council). A Widows Federation was created for the implementation of the new widow’s code with an election for governance members.

Other CAEPA initiatives are listed below:

The project outcomes were positive with a significant reduction of widowhood rituals. In certain villages, the ritual duration shortened from six months to a week and from one week to three days. The postponement of the ritual process until after the burial of the deceased gave evidence of another positive change to the widowhood practice.

In early advocacy work with traditional council groups, widows who were forced to be completely unclothed during the widowhood ritual period were subsequently allowed to be partially dressed in a white loincloth. Today, widows are dressed in white or black apparel with shoes or headscarves. The great success of this project in the Bali Chamba Region has granted widows their basic human rights and agency to fulfill their widowhood ritual in dignity.

Despite the campaigns, there are families that are still in favour of widowhood rituals. Additionally, some men continue to believe that women are a property after the bride price/dowry has been paid. Some widows continue to oppose the modification of widowhood practices as well as married women who insist that they want a complete cleansing ceremony.

The present socio-political situation poses a threat to security, therefore, some members of the group are often absent and those present during sensitization meetings are impatient for the fear of the unknown. Successful sensitization training of community facilitators from different villages has proven to be effective in group, social, and church meetings. Each village team leader coordinates activities at the village level and provides reports to project teams, who in turn convey the outcomes in the community meeting. This hierarchy has allowed for the seamless distribution of information as well as a sense of consistency among different villages and communities.

Due to the ongoing “Anglophone Crisis”, the Balikumbat subdivision is a common area for clashes between the military and arm separatist groups in Cameroon’s North-West Region and tensions often run high. This has resulted in the complete closure of major economic, social, and administrative institutions, making daily life for the inhabitants even more challenging. The cost of transportation alone has tripled from one village to the other. Organizing activities and community events must be approved by arm separatist groups to ensure the safety of the participants.

Despite the upcoming challenges and obstacles in achieving the basic right that a person deserves,we are struggling for peace in the world,where people are being used and things are being loved.The one thing we believe is that Faith can move mountains.!