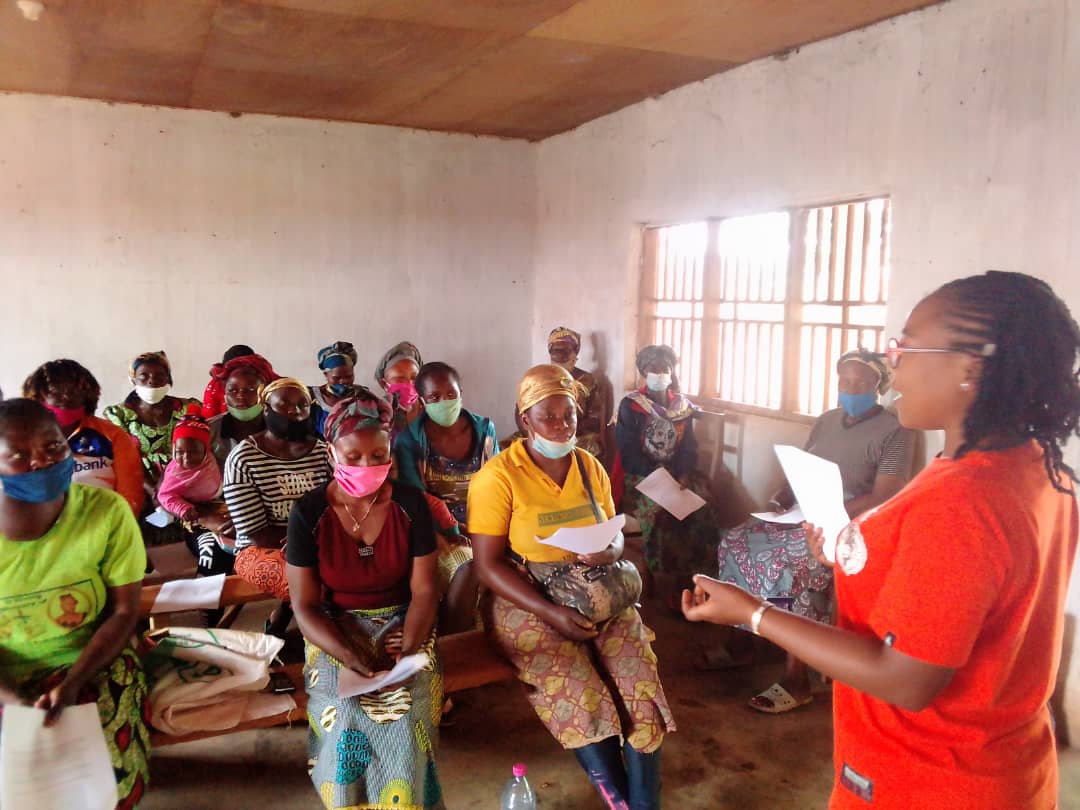 The number of women affected by gender-based violence (GBV) is rising in developing countries in which, according to Plan International, violence is often normalized and gender stereotypes deeply entrenched. In the communities of the Balikumbat Subdivision, GBV is a common phenomenon that remains insufficiently addressed: based on semi-structured interviews conducted with female victims of GBV living in the Balikumbat Commune by CAEPA, 100% of interviewees suggested they had ‘not received help from anyone while suffering GBV, and 85% confirmed they knew others experiencing GBV. Despite this, there is a lack of community resources dedicated to helping these victims and an alarming ignorance of the prevalence of GBV. Based on group discussions with 130 adult men in 16 focus groups, up to 14 groups did not classify GBV as a “widespread phenomenon” in their communities. While GBV is both physically and psychologically harmful to individuals directly subject to its brutality, it is also threatening to the overall welfare of the communities in Cameroon, to their societies and economies. Thus, a serious discussion about effective preventive measures against GBV needs to be prioritized and carried out among multi-sectoral stakeholders and policy-makers.

Issues identified during interviews with female victims and stakeholders

Despite over 55% of the female victims reported having received some educations, very few had some concept/understanding about GBV before experiencing it and most identify the primary cause of GBV as the death of a husband or the deprivation of widow rights. The victims identified economic and physical health issues as the consequences of GBV and “financial aid,” and “nutritional aid,” as the best support for victims. By contrast, stakeholders identified male inferiority as a root cause of GBV, signifying a deeper understanding of the phenomenon. However, they only identified general resources such as “social welfare program” or “financial assistance” and two specific social entities dedicated to helping GBV victims: the Cameroon Ministry of Women’s Empowerment and Plan International.

The majority of adolescents knew of cases of GBV and listed sexual, economic, and emotional as forms of GBV. Eight out of eleven groups proposed education in the form of campaigns or general sensitization against GBV as a way to reduce the GBV rate in their communities however, like the focus group discussions comprised of men, some adolescents recommended “women dress up more decently” and become “more respectful” to help reduce the GBV rate, false solutions rooted deep in ideologies of gender inequality. By contrast, the women in the focus group agreed that GBV was a widespread phenomenon and identified “hatred,” “revenge,” “greed,” “power inequality,” “ignorance,” and “pride,” as causes, coming closer to a thorough understanding of the issue compared to the responses given by men and adolescents to the same question. Women collectively agreed there are no resources in their communities for victims, and suggested implementing stricter laws and orders against perpetrators.

CAEPA’s position is to engage in the following to support victims: financially supporting the establishment of more shelters in local communities, organizing training sessions for community and youth leaders, designing educational initiatives about GBV for community members including through public seminars and multi-media campaigns, developing women empowerment programs and recruiting professional community leaders and experts with a psychology background to develop effective counseling programs for suffering women. They will also continue to document relevant issues and advocate for GBV awareness in partnership with other women’s rights organizations.

CAEPA suggests to policymakers that they strengthen communication and coordination amongst all service providers, increase financial and nutritional aid for GBV victims through an Intensive Economic Empowerment Program, organize community engagement programs that involve men and women collectively, involve local, regional, and federal lawmakers in reforming policies regarding GBV crimes, pursue education and literacy projects and allocate funding and resources for existing women’s organizations and national/local initiatives with the same goal of helping GBV victims.