The state of intimate partner violence in Bamenda-Cameroon 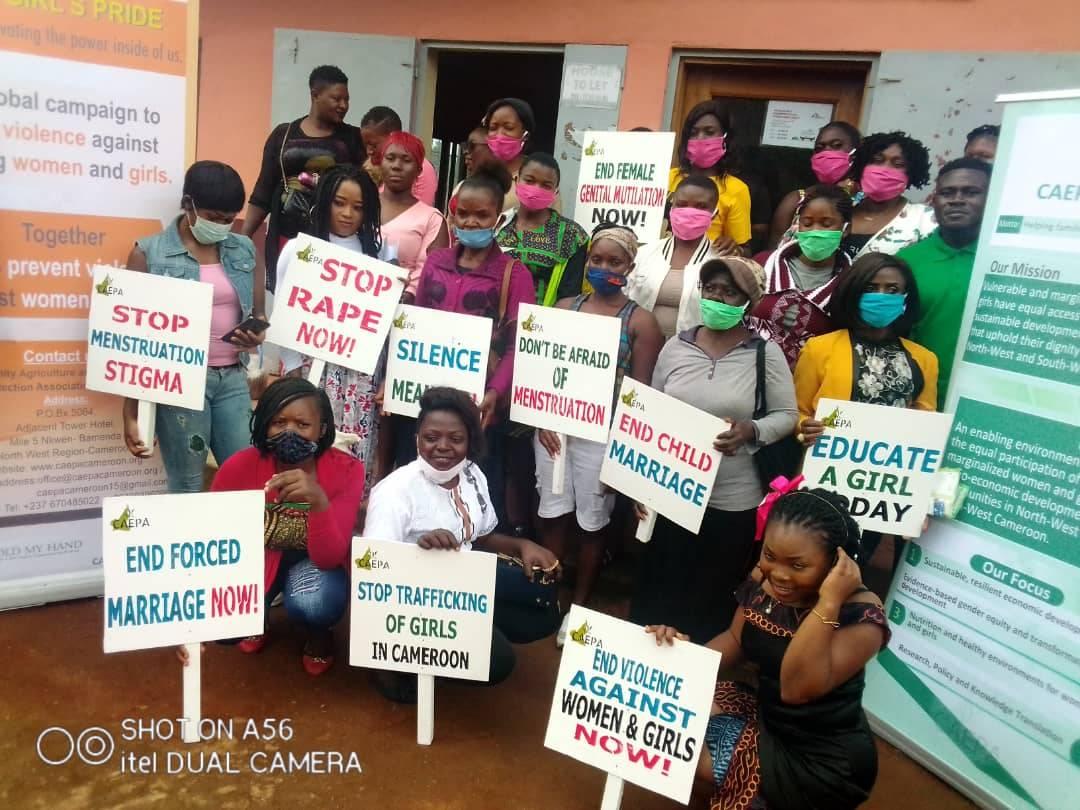 The state of intimate partner violence in Bamenda-Cameroon

At the time when the world is facing the pandemic, Cameroon is fighting a humanitarian crisis, alongside the pandemic. and social-political disturbance at the same time. One issue which saw a surge is Sexual and Gender-Based Violence (SGBV). For most people ‘safe’ is another word for ‘home’ but unfortunately for most women and young girls of Cameroon, it is otherwise. This section of the population was already vulnerable and was witnessing proliferation in SGBV from the very beginning. The COVID-19  situation of having to self-isolate in homes has further deteriorated the existing situation which has now taken a worse shape. From the comprehensive SGBV wider concept, domestic/intimate partner violence is of concern. Domestic/intimate partner violence covers the following aspects: physical, psychological, emotional, sexual and economic violence. According to the WHO, intimate partner violence, is not necessarily the same as domestic violence depending on the nature of the relationship and is one of the most common forms of violence against women.

The Demographic and Health Survey and Multiple Indicator Cluster Survey (DHS- MICS 2011) conducted interviews with over 15,000 women raised alarming results about women who are or have previously been in relationships. 45% of women interviewed had experienced emotional violence from their husband or partner in their lifetime, while 68% of women had experienced physical or sexual violence from their partner. The multifaceted post-violence effects on survivors of domestic/intimate partner violence, include low self-esteem, fear, depression, post-traumatic distress disease (PTSD), stigma, and isolation, which eventually tends to affect the income and well-being of the entire household. If women are the mentally and physically healthy, only then can she nurture her children and take care of the family efficiently. The overall wellbeing of women is important, for her to be economically independent which is essential in modern times.

Recently, 298 women across different age groups were surveyed by The Community Agriculture and Environmental Protection Association (CAEPA) Cameroon and the findings are shocking.  75% (209) of the participants who are in a relationship reported that they’d been hit, threatened, slapped, or otherwise hurt by their intimate partner or ex-partner within the past year for reasons as petty as jealousy. In addition, 33% (6) of the survey participants who are not in a relationship reported having similar abusive experiences. Nevertheless, only 15% (34) of the surveyed women who are in a relationship presently indicated that they felt afraid of or threatened by their current relationship. The drastic gap between the number of women who have been abused and who are actually afraid or threatened could be a reflection of the violence being accepted as normal by the local culture.

The survey also reveals that women in the age group of 15-25 and 36–45 is more vulnerable to violence from their partners. Young female adults, because of their lack of experience and independence, could more likely stay in a volatile relationship. On the other hand, under the pressure from declining economic productivity, dulling marriage life, and worsening health conditions, middle-aged women tend to have a less stable family dynamic, and therefore are more likely to be subjected to violence. In terms of the occupational based difference in relationships relating to violence; technicians, tailors and hairdressers, are the most vulnerable group and almost 30% of them are more likely to be victimized than those who take professional jobs like teaching and nursing, and constitute the most protected group.

In Cameroon, there is no legislation addressing domestic violence. According to a statement submitted to the United Nations Committee on the Elimination of Discrimination against Women by the Advocates for Human Rights, survivors of domestic violence struggle to find security because currently the legal system does not protect women from abusers. Although assault is prohibited and punishable by imprisonment and fines, the law does not specifically prohibit domestic violence, neither does it addresses spousal rape. The existing legal system which fails to protect survivors of domestic and intimate partner violence, combined with a lack of awareness of the severe physical and psychological consequences on survivors and a lack of systematic action to eliminate stereotypes/discrimination against women, make SGBV a challenging issue that needs to be addressed urgently.

It’s also notable to mention that in the aforementioned survey by CAEPA Cameroon, over 14 women said that their partners were under the influence of certain substances (alcohol, drug, etc.) when the violence happened and almost 30% of them attributed substance abuse as the direct cause of violence. Perhaps this needs to be handled at the government policy level, it’d be beneficial to lobby for stricter control of alcohol and drugs as well as more severe penalty law for substance abuse.

Global citizens must understand that women are the backbone of the family and taking care of women, children and vulnerable demography is not a mere task but a moral responsibility of the society. At the macro level channelizing of effort and resources should be directed specifically towards the group of high risks to intimate partner violence, including young, single women and those without a fixed income, intervention programs should then be designed in a way that is sensitive to the identified factors. It is also imperative to recognize underreporting is a common issue in the context of SGBV in Cameroon. An absence of a report on concerns or fears over SGBV does not necessarily reject the possibility of SGBV incidents. Therefore, when determining the risk and severity of SGBV, it is important to pay close attention to non-verbal clues. Lastly, the culture of jealousy needs to be corrected. Moral agents such as churches, village committees, and unions could be engaged to enhance the moral value of a loyal and exclusive intimate relationship.