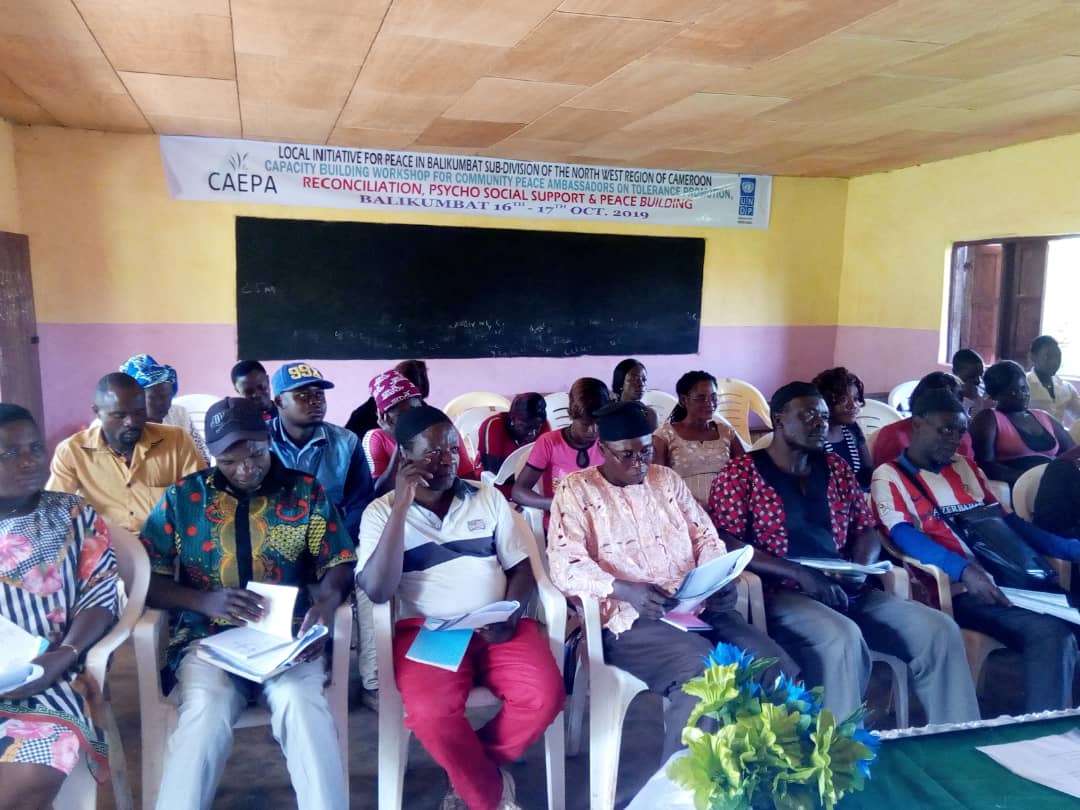 According to the National Health Demographic Survey of 2004, Cameroon has an HIV prevalence of 5.5%. The marginalized North West region of Cameroon has an HIV incidence of 8.7% above the national average. In this part of Cameroon, the Mbororo population comprises a particularly disadvantaged minority, as they reside at the peripheries of the region and have limited access to government services. Often without formal education, the Mbororo have historically been underrepresented in all branches of local government and administration. Mbororo women are especially deprived, with low rates of literacy that negatively impact their autonomy, health, and finances.

For these reasons, CAEPA utilized a generous grant from the African Women’s Development Fund to provide free voluntary counseling and testing for HIV, educative and radio talks on sexual health and the demonstration and distribution of male and female condoms in Mbororo pastoralist settlements. The objective of this outreach project was to enable Mbororo women to enhance their knowledge of HIV and take charge of their personal health.

The project took place in Sabga, a rural area outside of Bamenda, and was led by peer educators and pastoralist women group leaders. Advertised through public announcements at the Central Mosque in Sabga, an HIV screening was held specifically for Mbororo women. In total, 201 women were screened for HIV, with no positive cases identified. The women were also sensitized on HIV awareness and prevention. Three educative talks about sexual health and wellness were held on local radio stations (Abakwa FM and Cameroon Radio Television) to sensitize the public on sexual health and upcoming HIV testing. During educative talks held within the community, educators demonstrated the use of male and female condoms and sold condoms to community members at reduced prices. CAEPA printed 20 t-shirts and produced one large banner to augment the project’s message of sexual health protection.

This project was extremely successful in raising awareness among the Mbororo for sexual health and wellness but encountered some difficulties since it is quite taboo to demonstrate condom use within this community. Most of the women were also fearful of HIV testing, but through sensitization, they were able to understand the importance of knowing one’s HIV status.

An interesting bonus of this project was that community members who were once apprehensive about voluntary HIV testing sites turned out in large numbers and even requested to have their blood pressure checked. CAEPA incorporated blood pressure testing due to popular request, which did not require additional funds to implement. Blood pressure was measured for 120 individuals, of which 72 were found to be hypertensive. This extra screening was invaluable for expanding preventative health measures in this vulnerable population.

Through this project, CAEPA was able to successfully administer HIV screening and bolster awareness for sexual health in the Mbororo pastoralist community. CAEPA thanks the African Women’s Development Fund for their generous grant that enabled life-saving testing and education for Cameroon’s most vulnerable.